Long time ago, before the world knew super producers (/rappers)
Pharrell and Timbaland, they used to go by the names of Magnum
and DJ Timmy Tim back in high school. Around that time (in 1990)
they formed a group called Surrounded By Idiots (S.B.I.), which also
consisted of two other members called Magoo and Larry Live.

Three unreleased songs from the group have surfaced and according
to Larry Live, they are the very first studio recordings of Pharrell and
Timbaland. Music history right here! 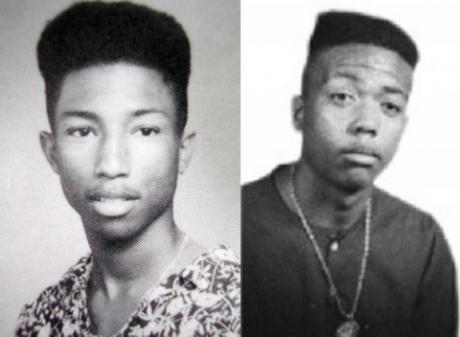